Being called crazy is usually considered positive and fun. Rarely is crazy what it really is – insanity. Blame it on slang, youth culture, or pop music – crazy, these days, seems to be crazier than ever.

“A question that sometimes drives me hazy: am I or are the others crazy?”― Albert Einstein

I remember years ago taking an interest in this guy, and my friends and I were all hanging out with him and getting to know him better. It was a fun day being absolute sloths in Y’s apartment watching episodes of Glee and stuffing our gullets with pizza.

One of my girlfriends asked him, “So! What kind of girls do you like?” and I will never forget his answer because it REALLY pissed me off.

Then, being a very modern woman I went home and googled, “why do men like crazy girls”. The best answers had to do these kinds of men wanting to “rescue” and “save a woman” and I suppose feel manly. What-ever. I mean, isn’t that like saying, “I like girls with low self-esteem?” Look, I get it. I have a touch of the Messiah-complex myself, but seriously? Believing crazy is “cute” is for those who don’t know what crazy really is.

If I’m honest, I grew up around crazy and it’s not fun. It’s not cute. It’s not entertaining or any of that other bullshit. As a child, it’s terrifying. Hey, I know! A-hole, for your next life, you come back as a daughter of crazy and you tell me how much it’s sexy and attractive. Let me know how that abusive environment worked out and what it was like to grow up in fear.

(That relationship with the idiot didn’t work out, but you knew that already, right? Remind me next time to not go back on my intuition, okay?)

Our popular culture loves to shower and sparkle attention on crazy though. Now, I suppose, crazy can readily be confused with “outlandish”, as in Lady Gaga or other people who understand what a good publicity stunt can do for their popularity and career. But I’m talking about crazy, as in something Hollywood likes to romanticize.

Of course, sometimes crazy is portrayed in its true light. Yet, it seems very common to interpret crazy as different and special. And this is where I think boys like the above, and popular culture gets it wrong.

Yes, there is beauty and a vulnerability in crazy, but usually crazy people are unable to handle certain situations within the range of normality or are battling with dark and complex problems. In other words, something is wrong with them. Because nobody in their sane mind would want a crazy boss, a crazy taxi driver, or a crazy employee.

So, I don’t get this “I like crazy girls” nonsense.

“Taking crazy things seriously is a serious waste of time.”― Haruki Murakami, Kafka on the Shore

I remember encouraging a friend to write because he said he always wanted to, and his response was, “But I didn’t have a crazy childhood. My life has been normal.” Even though he was being somewhat facetious, I knew this was how he really felt. Tragedy and angst breeds creativity.

We also seem to want our artists to be on the fringes as well. It’s too bad though because I think there are a lot of normal artists with talent who are not getting the attention they deserve. So the world thinks art is nothing, but abstract and conceptual. Bah!

And since we glorify those not playing with a full set of cards, we’re receiving less than the complete deck that we are certainly able to afford.

When I was much younger, I found it remarkable how much attention was given to negative news and behavior. So, for a long time, I shut off the TV and newspapers because I didn’t want to be effected, nor did I want to participate in a media that didn’t focus on the good guys and positive news.

I hope one day we will live in a world that showcases normal as healthy and something to aspire to. Now, I know I sound like a goody-goody, but this is how I feel. I won’t dip it in sugar, I had a shit childhood, but I worked hard to accept the hand I was given and move on. I made it a point to let go of dead weight and to not be held down by my past. But in order to be desirable to some guys, I guess I should have just embraced it and worn all of my sorrows like a thorny halo. 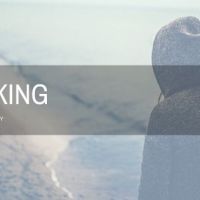 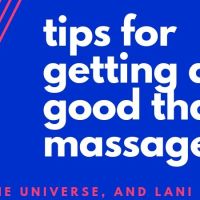