Identity, what is it good for?

According to Marcel Proust, via Alain de Botton, “We don’t really learn anything properly until there is a problem, until we are in pain, until something has failed to go as we hoped. Though we can, of course, use our minds without being in pain, Proust suggests, we become properly inquisitive only when distressed. We suffer, therefore we think and we do so because thinking helps us to place pain in context.”

I wager you could make the same argument with identity, that is, you don’t really know who you are until your identity has been challenged.  It’s easy for a mother, a wife, a doctor, a writer to declare who they are, but once your motherhood or wifeliness has been taken away, what are you left with? Who are you? It’s been my experience  that when how you see yourself is questioned, put under fire, you burn red black hot or forge something new, maybe both, in that order.

Growing up Asian American wasn’t really a test, a trial or a task until I left the diversity of Hawaii at 12 years old for a landscape that was barren of people like me. Something as simple as not being accepted by our small 6th grade class, hearing the teacher tell the other girls to play with me and suddenly waking up to the idea of looking different, was sad. But I made friends with the other girl outcast, an overweight, very developed nerd with a hairy upper lip who stood by the walls of our school reading romance books.

I didn’t learn that Hawaii was this amazing special place until I was living in the Mainland or the Continental US, and I experienced the reactions, “OH, wow!”

“Can you take me back with you? Put me in your suitcase!”

“Did you have recess on the beach?”

My favorite though was when folks would ask me, “Sooo, what brought you to the States?” then gently reminding them that Hawaii is a state, and watching their faces when they realized their faux pas.

Being American wasn’t anything to ponder until I left the US for a life overseas. Truly. Americans don’t really know what the rest of the world thinks of them, nor do they care, I realize. Being asked about my country though is kind of interesting! Flying away from those stars and stripes gave me such a huge telescope on my culture, my perceptions of right and wrong, what I take for granted and how the rest of the world lives, that I’m grateful for the experience, the tension, the challenge that being an expat brings.

When I was a Waldorf teacher, I deeply identified with the role of a teacher. I was 30 years old and felt like I had found my career after what seemed like a wasted 20s of figuring-it-out. I enjoyed the reactions from bank tellers to butchers when I told them I taught 1st and 2nd graders.

“Ah, a teacher. What a thankless task, thank you for teaching our children.”

“We appreciate what you do.”

I’d glow from the gratitude and the burn out, but when I was fired, I felt identification-less.  Hell, I wrote a whole book about it, that’s how down-on-my-knees I felt about the whole experience.

But it was through the process of writing that I began to see how much identity is fickle, finite and fragile. And even though I eventually returned to teaching, 7 years later, I’m very careful not to identify too strongly with the role.

And even though I’m ethnically Asian, I don’t identify myself as strictly Asian American – or American Asian. I used to identify with being Chinese because of the way that I look. I don’t know if you are aware of this, I certainly wasn’t until my mom pointed this out, but I’m very Chinese-looking. Apparently I’m some sort of poster child for Central China.

But then people would have the audacity to mistake who I was, from “Konichiwa” to “What Native American tribe are you from?” and that was just in Colorado! When I told my brother what was happening, he said, “You can’t expect to know what ethnicity people are, British, Dutch, German, so don’t expect them to know what you are.”

When I moved abroad to Thailand, Ecuador and now Cambodia, my sense of what I looked like, my identity became such a whirlpool of confections that I learned just how sage Eminem’s lyrics, “I am whatever you say I am” are. I became comfortable with people believing I was a Thai native who spoke really good English, Japanese (the way I dress), Chinese, Korean, American, a banana (yellow on the outside and white on the inside), Cambodian, Ecuadorian Chinese and Hawaiian.

Does it really matter if people get it wrong? It’s hilarious when Chinese tourists come up to me in the grocery store and ask me for help, and my white bf replies back in Chinese, “She’s not Chinese.”

“You really should learn Chinese. Think of all the tourists you could help.”

This coming from the guy who thinks it’s great fun to say, “Expensive.” “Delicious,” “Don’t cut the cue” and other phrases in Chinese to Chinese tourists as we walk by. It’s ironic, really, how much Chinese tourists embrace me, meanwhile it’s my lao-wai bf who’s learned their language, lived in their country and taught their children. That’s some external versus internal differences for you.

But now social media has created a new way for us to perfect and shape how we see ourselves and how we project ourselves.  I find it fascinating that we can create who we are on an electronic and global level and it’s a real as the device you are using to read this.

Sports teams are another big way many people identify themselves. Anyone who has watched a stadium full of frenzied fans can attest to the power sports have, from “we” won to “we” lost and the highs and lows that physically manifest as a result of however a team or two played that day. And they say we no longer live in tribes…bah.

They also say ‘you are what you eat?’ but what about what you buy? Our identity also feels caught up in the brand names we use, too. Stores like Target know what we buy and what we like and cater coupons in the mail just for us. They’ve tapped into our habits and social media and the Internet does the same things with “suggestions” and advertisements.

So are we none of these or all of these? What is at the root of you? I remember a friend asked me, the quintessential metaphysical question, “Who are you?” and told me that I couldn’t use labels. I couldn’t say a daughter, a sister, a friend. That was 20 years ago and I can’t say that I’ve found a good answer.

I do think it changes though. Your identity. I know I’m me, but me has changed.

Recently, my sister-in-law decided to submit her and her son’s DNA to DNA ancestry dot com and by doing so revealed what my brother and I are. We knew we were Chinese and Thai and my grandmother told us that we were also a little bit Russian and that was confirmed. But the surprise was finding out that we’re 10% Polynesian and a smidge Middle Eastern as well.

I wish DNA testing could be made available for everyone so that everyone would know on a scientific level that we are all mixed.

Because at the end of the work day, we all want the same things, a nice safe home, a fulfilling job, good schools for our kids, healthy food in our bellies, etc. But if those needs aren’t being met, if they’re being taken away, if we’re fighting for some basic rights, people, all people are going to lash out. Identification suddenly becomes important and feels very necessary in labeling the haves and have nots, or in the case of WWII, who you are, becomes the target of ethnic genocide.

So, who am I and who are you, I would imagine become closely linked, intertwined and the labels we once thought were so important, peel off to reveal a common language we all understand and a false division that time will hopefully forgive. 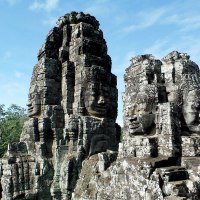 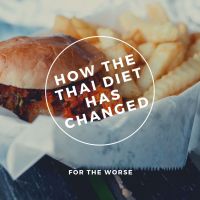 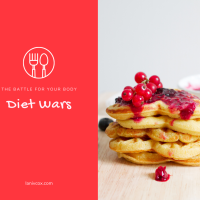 I'm only allowed to post this photo like this. 😅 Because he's not wearing earrings 😂 #photofail . . . . I nominate @brishay84 @art_photography_and_ceramics and @artyplantsman to share a #photofail 😊
🌶 Sometimes you gotta eat on the floor #thaistyle #vegan #takeout and decide your watching movies (when you rarely do) 🌶 Loved Little Women and Knives Out! 🌶 And sometimes you gotta bake chocolate chip cookies to go with the movies...you know. 🌶 . . . . . #papayasalad #friedrice #americanexpat #weekendvibes😎 #moviesandsnacks #lifeisgood #metime #gratefuleveryday #noplacelikehome #chillaxin #readingisnext
🍓 Its been a sweet week! I love it when you're all productive, and you get your air con sorted out super fast because your apt manager is on it. 🍓 Or when you publish 2 blog posts AND a newsletter. 🍓 When you finish the BEST book (The Song of Achilles) and start another one (Circe). . . . . . #ilovereading #readingnerd #sweetness #strawberry #thirstythursday #productivity #newblogpost #happyplace #vegan #igetbywithalittlehelpfrommyfriends #lifeisgood #gratefuleveryday #gratitudejournal