The other side of Thai

A fellow blogger made mention of how lucky I was to straddle two worlds, both the Thai and the American cultures. (Perhaps this can be visualized by me riding an elephant holding a bald eagle. Anyway, scratch that, I don’t know what I’d want to be wearing. Oh! Maybe a muumuu since I was born in Hawaii.) Let’s get back to the topic at hand, alright? So I’m straddling something – ah yes. Two cultures.

At the time I received this email nugget I thought, hmmm, interesting. Never saw myself as lucky in that way. If I did, I forgot. Thai culture is very different from American culture. Sure it seems obvious, but when those differences physically touch you, you feel violated a little bit. This is the culture shock crawling underneath your skin and settling somewhere between your head and your heart as you try to understand, why.

When I was in Lamphun several months back a neighbor started talking to me. I stared at her trying to pick out any familiar words, but formal Thai that I learned in the classroom is very different than Northern Thai. And I’m not that good anyhow. (Whenever my mom is home it is common for neighbors to stop by, folks stop by anyway because my aunt runs a beauty salon.)

But I didn’t need to kaojai (understand) what she was saying when she started touching my face. She was pointing out my bad skin and I felt even shittier than I did to begin with. Granted, it’s not that bad, but it’s bad enough for my mother and other family members talk to me about it. External beauty is a big deal. Thai culture is a culture based greatly on appearances.

White skin is better. And women will be inundated with products of all kinds from nipple to naa (face), everywhere, all the time. If you are tan or dark, you are considered lo-so (low society) because it’s obvious you work in the sun like a farmer or street vendor. Consequently, if you have white skin it denotes a hi-so (high society) status like a Thai upper-middle class office professional.

Now, in Hawaii, where I was born and raised, and like most other Western countries, a tan is considered sexy and desirable. It means you are getting sun. You aren’t stuck inside working in cube-farm turning pastier by the second. Of course, too much sun is damaging, but I think Thais go too far in pushing this agenda. I don’t care what your intentions are, don’t touch my frickin’ face.

I later asked my mom who that woman was and learned she is not liked by the village or the family. She’s a stingy person. My mom told everyone that when the bridge goes out (the one that connects her side to our side), and it looks really rickety, not to bother rebuilding it. I felt a little better learning that nobody likes her. I got a sense I wouldn’t like her even before she touched my face, but this is the kind of cultural difference I’m talking about.

What women go through around the world over, I swear.

Inside the moat, my great-aunt runs a little stand by a school and I visit her occasionally. The last time I visited though, she was pinching my upper arms. (Always a sensitive area, no woman wants wings) She was really sizing me up because we hadn’t seen one another in awhile since I was away for the holidays. She kept saying uuan (fat), uuan and anyone who knows me will laugh because I’m fairly thin and have been all my life.

I was starting to get really offended when another vendor lady explained, she thinks you look better. My American brain took its sweet time embracing this thought, idea, and roly-poly concept. My great-aunt also said my skin looked better, too. I didn’t believe her. You know, I wondered if I had enjoyed just a little too many baguettes in Laos. I felt weird after that visit.

Don’t get me wrong, I love my family and I love Thailand, but like any other place on earth, there is this other side. The underbelly, as Bourdain likes to call it. I think Asian women are under a lot of pressure to look a certain way and I’m not entirely sure why. The only reason I can think of is for control. But who’s doing the controlling?

7 replies on “The other side of Thai” 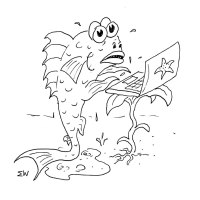