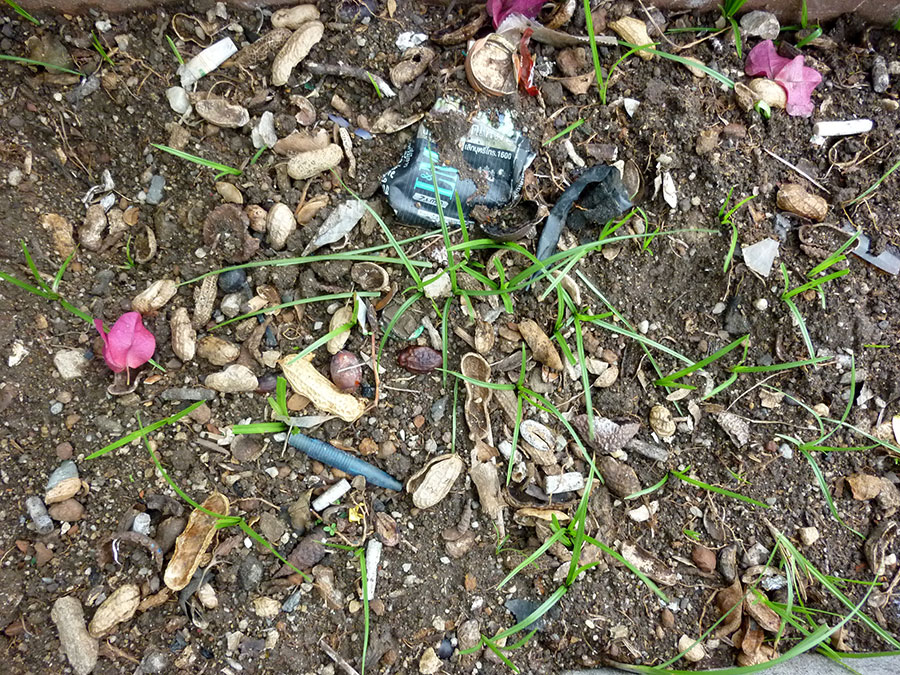 When I was a child I looked down. My father died while we were on vacation in Thailand and it seemed much more bearable to keep my eyes down rather than look at the world face to face. Then I became used to it. Looking down became a fascinating study and a comforting friend of feet in slippers, shoes and concrete. But the game of how long can I look down didn’t last long, my neck started to hurt.

Then when I was in college, I learned how to survey. You see, archaeologist walk the land, studying the ground for clues of cultures past and human activity. Before they start digging they need to know where to dig. So you have to look down at the ground. This is not to say that aerial footage and computer technology doesn’t see far and well but there is nothing like being there, and seeing a coyote or evidence of a mountain lion and kneeling down to grab a fist full of sandy loam.

We’d fan out while walking, calling out, “potsherd” or “lithic” whenever we saw a pottery shard or evidence of flaked stone from the Native American peoples that once populated the land. If the concentration became greater, our teacher would stop and make the appropriate notes. Sometimes we would hike to higher ground so we could look down. Or other times we’d just look for signs of mounds or depressions indicating a fallen wall or buried kiva.

A kiva being an underground dwelling of the Pueblos possibly used for ceremonial purposes because when archaeologists don’t know what something is used for they say it’s ceremonial. So maybe looking down has some sort of ceremonial purpose, a survey of human activity (or animal) just past, and instead of worrying about stepping in it or falling down, I’ll just keep walking.